I’ve never been one for settling into a food or drink routine. I don’t eat the same thing even if I go to the same restaurant. I also don’t like drinking the same drinks, whether it is a beer, cocktail or just a soda. My need to try new things and expand my horizons has led me to a new mixer, Q Drinks.
I have recently been introduced to these tasty beverages by a friend of mine. I’ll keep her name a secret in case she’s embarrassed at the thought of knowing me. In any case, she told me about them and I sought them out. Unfortunately, I had to get them from a wholesaler because no one in my area carried them. Fortunately, I have a party and cigar store that can buy wholesale. Now that we carry them, I sampled the seven flavors that are available to me and was incredibly pleased with all of them. They have eight varieties; Tonic, Club Soda, Ginger Ale (Sweeter), Ginger Beer (Dry & Spicy), Kola, Orange, Grapefruit, and Lemon. The only one I don’t have access to is the Ginger Beer, but I’m pretty confident in saying that it’s probably delicious too.
The Q Drinks are all made with Mexican agave nectar instead of high fructose corn syrup. This automatically makes them a lighter, crisper drink mixer. They enhance your drink rather than drag it down. Their Tonic Water is what tonic used to be and still should be. They went to Peru to get the bark from the cinchona tree, called in some experts, and made a truly great drink. The Club Soda is basically a sparkling mineral water. Again, it isn’t heavy or salty like some club sodas I’ve had in the past. It is pleasant and tastes good by itself or in a spirit of your choice. (Mine was Scotch this time.) Ginger Ale is one of my favorite drinks. I don’t particularly like it in cocktails, but that’s just me. I prefer it alone and this one can fly solo any time. Q’s Kola is something in and of itself. Imagine the flavor of Coca-Cola without the heaviness of corn syrup and the too sweet intensity of high fructose corn syrup. It ain’t heavy, it’s my Kola! Unless I’m stranded in a bar with no class, I will not use another cola to mix with. This was it for me. The last three I can lump together even though their all great in their own way. Orange, Lemon, and Grapefruit all have a slight sweetness to them, but the fruit flavor is the shining star in each of these mixers. Orangy orange, lemony lemon…I sound like the Trix rabbit.


One thing I took away from the tasting of all of these little jewels is there are people out there that really care about quality and taste. The fine folks at Q Drinks are among them. If you’re in the Grand Lake area, swing by Main Street Party & Cigar and try a bottle of each. (Shameless plug!)  If you’re out at a bar or grocery store, ask for it by name. If they have it, you’ll be well on your way to a better drink. Cheers.

Go see some Q! http://qdrinks.com/
See what else is going on at www.talkingsimian.com

Posted by Jonathan Elmore at 7:54 PM No comments:

As I've said before, I like wine in all of it's forms from the sweetest Sauternes to the driest Champagne. A wine I tried last night is smack dab in the middle of those two extremes. It was Peter Brum Vino Noir from the great country of Germany. Red wines from Germany are pretty rare, but worth a look.
This Peter Brum was one of the most unpretentious wines I've had in a long time. It is made with the Dornfelder grape which isn't really that well know outside of Germany, but it should be. These grapes usually make a semi-sweet wine that has the aroma and taste of a big juicy plum and a faint aftertaste of cherries. Brum delivered those flavors perfectly. I was about to dine on some shepherd's pie when I opened this bottle. I chilled it for about 15 minutes in the fridge before opening it and it was the right amount of time to cool it down a little. It matched very well with the peasant's food I was eating which happens to be one of my favorite dishes. After dinner, I still had a little space left so I snuck a chocolate cookie from the jar and finished off my glass...okay, my second glass of wine. The chocolate and Vino Noir pairing was actually better than I had anticipated. Another great combo!
I can bet that if you only like dark and dry red wines like Cabernet or Petit Sirah, then this wine will be too sweet for you. It will seem like a dessert wine. If you like super sweet wines, it might not be sweet enough. It has very low tannins but they're still in there giving it some character. In both cases, what you should do is just try it and see if you like it. It isn't that expensive so you can take a bottle with you to a party and sample it there. If you don't like it, there will definitely be someone there who will love it. This is also a great wine to wean people off of Moscato. I'm not saying Moscato drinkers necessarily need to switch, but sometimes you might want something a little lighter. I know all too well that it's easy to get locked into one varietal that you like and not want to risk spending money on something you're not sure about. This Dornfelder will make you happy you ventured out of the Moscato section. Chill und Beifall!!

Posted by Jonathan Elmore at 9:50 PM No comments:

I have heard a lot of emotional music in my life. And by emotional I mean low-key or humble. Some might call it sad, but I don't look at it that way. It's one of the things that comforts me when I'm feeling like the world needs to shut the hell up and leave me alone. I don't always listen to it, but when I do then I really need it. It gives me perspective.
I recently bought Justin Furstenfeld's album "Songs From An Open Book" and was completely blown away by it. Justin is the lead singer and songwriter for the band Blue October. My friend Bart introduced me to them and I was very glad he did. Their music is sometimes driving and upbeat and sometimes sullen and reserved. They cover the whole spectrum of good rock music. The songs they do often have a slightly odd slant because of Justin's lyrics. Like a lot of people, Justin had some battles with mental illness. One of his therapies, along with a little Paxil, was song writing so the lyrics sometimes have the tones of someone dealing with some issues. What is great for the listeners is they get to have their own little therapy sessions listening to Justin's troubled thoughts. Apparently fans love it because they sell out shows all across the globe. I know I do. I've seen them twice.
The one different thing you get from "Songs From An Open Book" is the acoustic versions of some of Blue October's best songs. They are performed more like how Justin wrote them rather than what they ended up like on the original records. In the brief liner notes, he writes that there are two tracks for this album, one for his favorite Guild guitar and one for his voice. It doesn't get much more bare bones than that. Most musicians these days use 48 tracks or more to achieve the sound they're looking for. Two. Justin used two. That's impressive to me.
One added bonus to these songs is, interspersed throughout the album are a few live introduction spots where he is talking to an audience about the songs. These, I assume, are taken from his countless solo shows that he does when he's giving the rest of the band a break from touring. Justin is funny and gets his point across quickly so you can get to the next song but I would get a kick out of hearing a lot of his stories told to me over coffee in an all night diner. I'm not sure he does that anymore since he's a devoted father of a beautiful girl that he loves taking care of and showing off to everyone who will look. He also has a daughter from a previous marriage, but I didn't dig into the details of that story. I figured that's his business and not mine.
A side note: Justin also has a book titled "Making Crazy" that contains his lyrics and what he was thinking when he wrote the songs. It's a great book. I bought it for the guy that introduced me to Blue October since he gave me endless hours of good music.
This kind of album is certainly not for everyone. If you only listen to death metal or opera, you probably won't get much out of this album. Even so, you should still give it a try. It's immaculate. It's heart wrenching. It's subtle, quiet, and perfect. Thanks Justin. 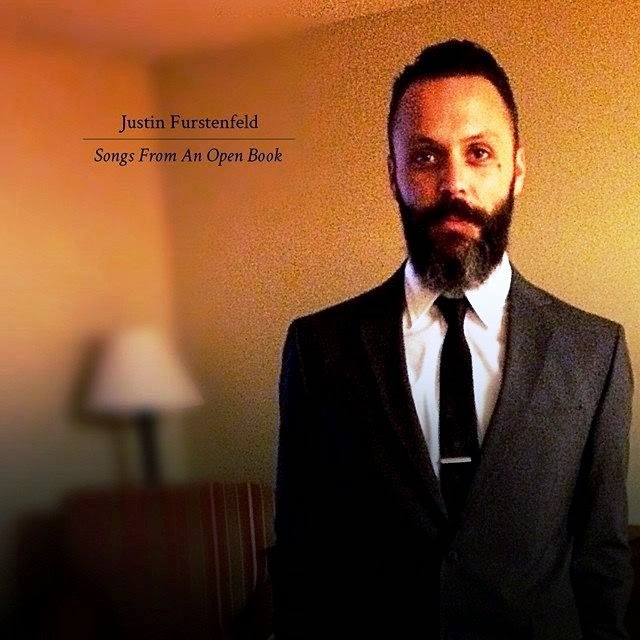 Posted by Jonathan Elmore at 8:41 PM No comments:

For the sake of shameless self promotion, I am letting everyone know about the website based on this weblog. I'm going to keep this blogger page going, but every new review will be on the website www.talkingsimian.com from now on. It is a fairly easy site to navigate so please have a good time looking around. I appreciate everyone that has viewed this blog over the last few years. May you all be in heaven a half hour before the devil knows you're dead. Cheers.
Posted by Jonathan Elmore at 8:48 PM No comments: